How Do I Know If I’m In A Hostile Work Environment? 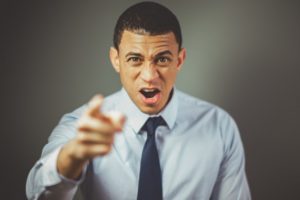 Like science, law uses a lot of terms in a very specific way that get used colloquially to mean something else entirely. Hostile work environment is one such term.

The fact that it gets used conversationally to mean something else from what it means legally can muddy the waters. It can make it hard for the average person to know just what it means in legal terms.

That means it can be hard to figure out when a situation crosses the line from “Wow, my coworker was a jerk that one time” to “No, really, you may have grounds to sue.” While it’s common for lawyers to give a free initial consult in which they will try to determine if there is grounds for legal action, it’s helpful to have some idea ahead of time if your situation is likely to qualify.

In order to qualify for the legal definition of hostile work environment, the situation needs to meet certain tests. The first is that it violates categories protected by Equal Opportunity Laws, such as race, religion, age or sexual orientation.

It needs to be behavior that a reasonable person would find abusive. It needs to be a chronic problem that has gone for some time and is pervasive, not a one-off incident.

There are behaviors that are rude or unprofessional which do not meet this test. Such behaviors may be grounds to fire someone but may not be grounds for legal action in court.

Sexually explicit conversation and inappropriate gestures can be behaviors that help make up an overarching pattern of abusive behavior that does meet the test. Jokes that leave the category of childish teasing and veer into the category of offensive can be part of the picture as well.

“Offensive” in this case generally means jokes about protected categories, like race, religion, national origin and gender. Though it could potentially include other kinds of humor, such as jokes that are violent in nature that may be a means to make veiled threats.

Slurs, ugly comments about physical characteristics and unwanted touching can help make up a hostile environment. Photos with racist or sexually explicit content would also qualify as abusive acts that help make up such a climate.

Perhaps a bit surprisingly for some, sabotaging someone work or career can also qualify. This may surprise some people because it is not about protected categories of people per se found in equal opportunity laws..

After All Else Fails

For others, that step won’t be part of the picture. Their first step will be to go through appropriate channels at work.

Going through channels might be the second step for those who first tried to handle it themselves. Either way, those channels will vary from one organization to another.

Depending on the size of the organization, this may mean reporting it to one’s superior or it may mean taking it to the Human Resources department. In some cases, reporting it to your boss means they then report it to HR.

If there has been a reasonable effort to resolve it at work and the problem persists or escalates, it may be time to contact a lawyer. If so, it is best to look for someone who specializes in employment law.

You should look for someone in your geographic area who has some experience with the local courts. Although all lawyers need to know federal US law, state laws can vary a lot. Ideally, you want a lawyer who knows both local and federal law well and also knows local procedures, which can also vary.

Sometimes just hearing that an attorney believes this is legally actionable can help a person feel less like they are crazy. An attorney can also work to put a stop to the abusive behaviors and help a person seek compensation for what they have endured.

Quitting or suffering in silence are not the only two options. Legal intervention should be an intervention of last resort, but the law and court system exist precisely to address situations where all other remedies have failed.

Hostile work environments are situations where all other attempts to remedy the problem behaviors have failed. In some cases, they exist because someone tried to remedy merely rude and unprofessional behavior only to find that when push came to shove it was driven by deeper problems, like racism or sexism.

It’s common for there to be a pattern of escalation. When the behavior gets reported and the people in charge don’t take it seriously and don’t make a real effort to stop it, the abusers may become emboldened. Things typically frequently get worse at that point.

This pattern of escalation can help the victim feel confused by making it seem like abusive behavior is “normal” rudeness when it isn’t. This can make it that much harder to get it clear in one’s mind where to draw the line between merely rude behavior and intentionally abusive behavior.

Speaking with a lawyer can help to clarify where it crosses the line. If it has, a court case may be the logical next step.

Florida’s Overtime Laws
Next Post: How Far Back Does A Background Check Go In Florida 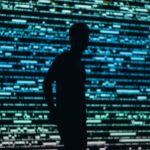 Most employers conduct thorough background checks during their recruitment processes. If you happen to apply for a position in one of the companies in … 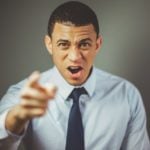 Like science, law uses a lot of terms in a very specific way that get used colloquially to mean something else entirely. Hostile work environment is …